The store will not work correctly in the case when cookies are disabled.
FREE  UK delivery

MSA Altair 4XR & Altair 4X - What Are the Differences 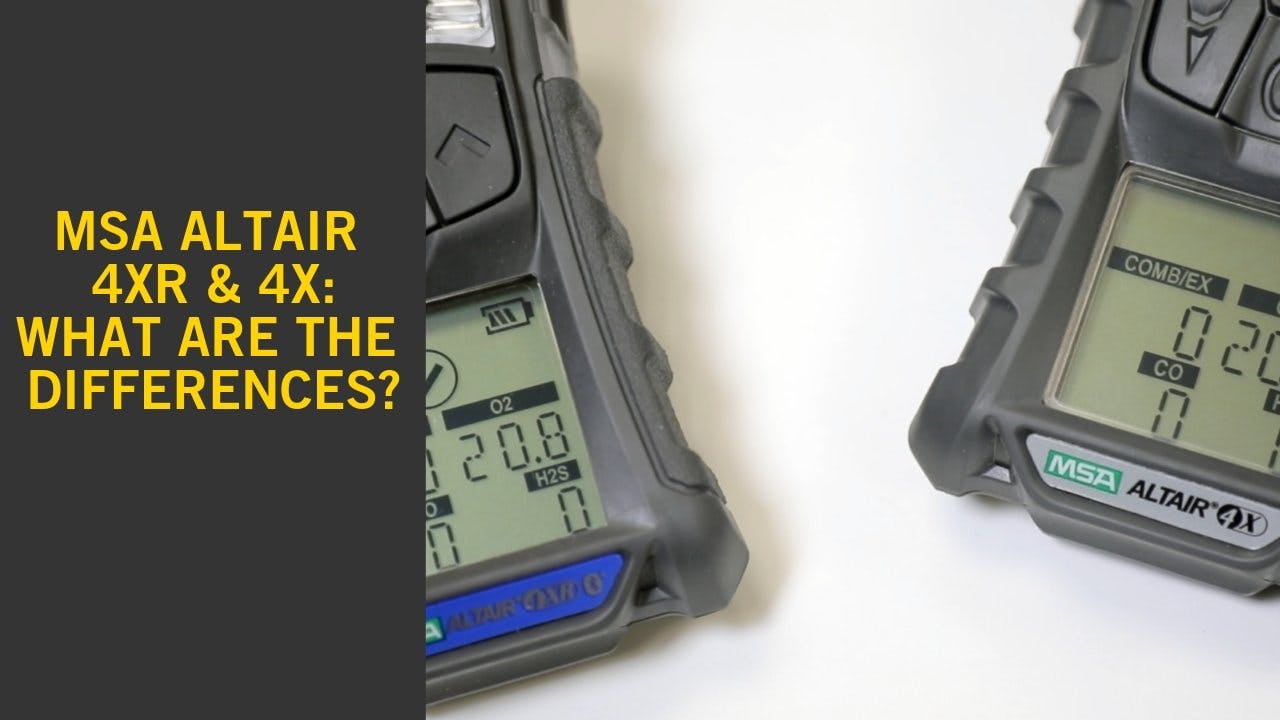 Starting with the similarities, they both simultaneously detect up to four gases including combustibles, oxygen and toxins. These include CO, H2S, SO2 and NO2. Compliance-wise, the Altair 4XR offers a useful upgrade in terms of at-a-glance awareness of its status.  If the 4XR has not been bump tested then it will show a red LED with no checkmark on the screen. Once it has been bump tested this light will turn green and a large checkmark will show on the front of the screen.

There isn’t too much difference in size so they both utilize the same MSA Galaxy GX2 test stand. Although slightly updated, these Altair models both have the same rugged armoured housing, same button design and display.

MSA has made sure the Altair 4XR is worth its cost as the device and sensor warranty has been increased by a year and are now 4 years for both. To improve the overall ruggedness of the unit,  MSA has beefed up the durability. The Altair 4XR is IP68 rated and has been tested to survive a 25-foot drop test. The operating range in which the 4XR can be used has also increased from -20C to + 50C to -40C to +60C, allowing it to withstand tougher environments

A key upgrade included with the Altair 4XR is Bluetooth connectivity. Simply download the app from the Google Play store and pair the Altair 4XR with your Bluetooth enabled smartphone. Once connected to the Altair app in the Google Play Store the 4XR can send real-time notifications. You can also access make use of the InstantAlert distress calls, man down alarms and non-compliance warnings on the app.

A blue LED will flash to show the Bluetooth connectivity is in place.